But the bill’s author says Congress is ready to tackle the issue again in the new year. 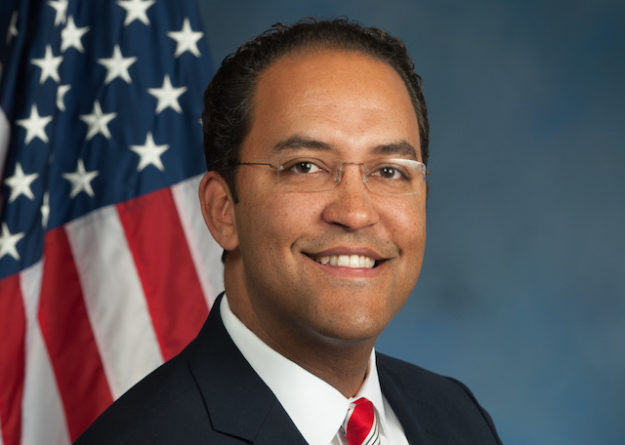 Texas Republican Rep. Will Hurd authored legislation that would have created individual IT working capital funds for each of the 24 CFO Act agencies and a centralized IT modernization fund housed in the Treasury Department that executive branch agencies could have applied to draw from. (Official Photo)

The president’s budget this year included a suggestion that more money be put into modernizing the federal government’s aging IT.

The provision catapulted both Congress and the White House into a year of wrestling with how best to enable agencies to upgrade their aging IT, but the efforts ultimately stalled as the year closed out.

The Modernizing Government Technology Act, which passed the House by voice vote Sept. 22, eventually hit a snag in the Senate when Congress’ budget analysts said the bill would cost billions of dollars to implement.

Texas Republican Rep. Will Hurd recently noted in an interview with FedScoop that while he’s disappointed his bill likely won’t be passed this year, “we have an opportunity in less than a month to get back at this and do it again” when the 115th Congress convenes.

“A $9 billion score from the [Congressional Budget Office] makes it difficult to move, and so even though we had the support, this is something that has to be worked through so that it doesn’t create heartburn,” he said.

The Modernizing Government Technology Act of 2016 would have created individual IT working capital funds for each of the 24 CFO Act agencies and a centralized IT modernization fund housed in the Treasury Department that executive branch agencies could have applied to tap. The Congressional Budget Office said the bill would cost billions over the 2017-21 period.

But despite the Modernizing Government Technology Act’s eventual lack of success, even getting a bill through one chamber was a multistep process.

It began with Rep. Steny Hoyer, D-Md., introducing a bill that would have set up a revolving $3.1 billion fund across the federal government that would have been continually replenished by agencies as they realized savings from modernization.